New route: Fly between Muskegon and Chicago and make seamless connections to United, American, and Alaska Airlines.              Southern is the only US Commuter Airline serving America’s 5 Busiest Airports!              New route from Imperial–Now make connections at both Phoenix and LAX!              Try our new flights from Jonesboro, Arkansas to both St. Louis and Nashville               Atlanta-Jackson service now operates at Gate E-37 at ATL!
Nashville, Tenn. Destinations
BACK

This Massachusetts island, with its 80 miles of pristine beaches, thousands of acres of hiking and walking trails, and thriving town center with countless boutiques, galleries, and restaurants, has been New England’s playground for generations. No longer just a summer destination, Nantucket has year-round events ranging from the Christmas Stroll in December to the Daffodil Festival in April and the Cranberry Festival in October. There are now multiple reasons to hop to the Grey Lady nearly every month of the year.

Nantucket is the home of hundreds of second-home owners that list their weekend getaways on websites such as airbnb.com and vrbo.com, allowing for the occasional visitor to have the true “locals” experience during his or her stay. Historic inns, B&B’s, and world-class residences featuring private beaches offer a variety of accommodations to suit any visitor. 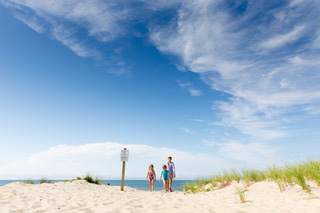 14 Airport Rd, Nantucket, MA 02554
Guests should check in at the Main Passenger Terminal.
Parking is $10/day.